My most memorable moments are those that took place when William & I did our 'first look'.
In the days before the wedding, it had been an extremely emotional time for us & our circle of friends. In the 10 minutes William & I spent with each other before the ceremony, we cried together, we laughed together & we shared a few words of love. We needed to just calm our nerves & our emotions, and our photographer Chris from Focal Fusion captured some beautiful shots. He respected the moment & left us alone for a short while, and when we were ready to start we both felt that what we had done, was the right thing for us!

We created a 'Family-Moon' at a place called Elephant Walk Retreat near the Kruger Park. Since we had a number of guests from overseas, we wanted to spend time with them after the wedding. So 18 of us piled into a few vans the morning after the wedding & we spent a wonderful 3 days together. Each couple had their own log cabin & each van did their own game drives, but my husband & I arranged that dinners were spent together. Scrumptious dinners with family were spent overlooking the Crocodile River each night. It was a magical 'family-moon' - one that we will all remember very fondly!
https://elephantwalk.africa/ 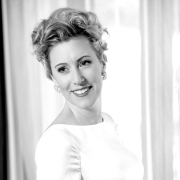 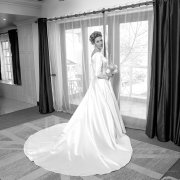 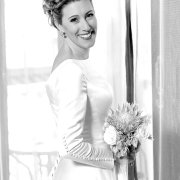 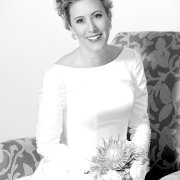 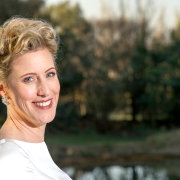 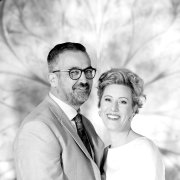 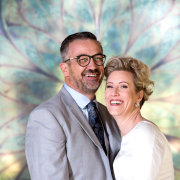 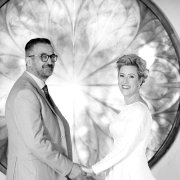 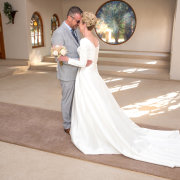 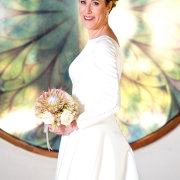 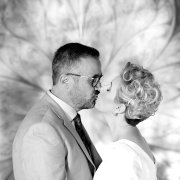 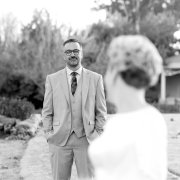 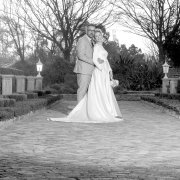 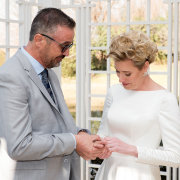 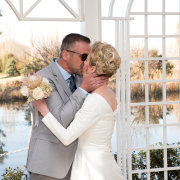 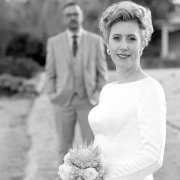 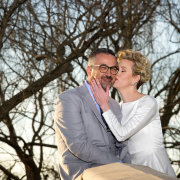 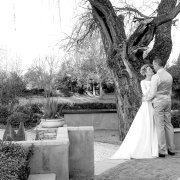 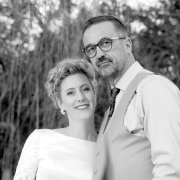 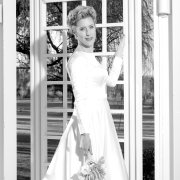 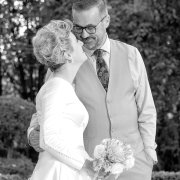 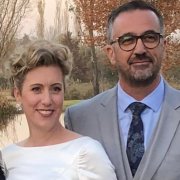 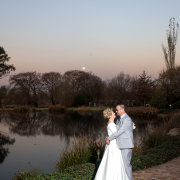 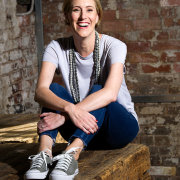 My look was very classic and elegant. My friend Daleen Janse van Rensburg from The Hair & Body Shop in Pretoria did my hair, and Lean Goslett from Make-Up Stars in Pretoria did my make-up. I trusted them completely & was very happy with the result!
My dress was an unexpected surprise by Muhammed at Bilqis in the Oriental Plaza. He was amazing, and I was thrilled to have someone like him to make my dress for me! https://bilqis.co.za/
My shoes were silver comfy flat pumps from Europa Art in Sandton & my earrings were from Lovisa.

William & I got married at the exquisitely beautiful Oxbow Country Estate in Bronkhorstspruit.
Guests stayed the night at the venue, and some at surrounding properties.

Apart from whitening my teeth 6 months before the wedding, I really didn't do much other than eat right and try drink lots of water! I stuck to my pilates regime every week, and watched what I ate in terms of carbs. My beautician & hairdresser knew what I needed done in the lead up to the day & all appointments were made well in advance to avoid any stress. A relaxed spa day with my mom & sister a week before was fantastic.

We chose Love & Grace to help us with the flowers & decor. The look we wanted was simple & uncluttered, which Maryke & her team achieved. We had beautiful proteas, roses, blushing brides, amongst others on the tables, intertwined with tiny fairy lights which gave the room a lovely warm glow.
https://loveandgrace.co.za/

William looked absolutely gorgeous in a grey suit from Eurosuit. They tailored it beautifully for him, and we were really happy with the look. His shirt & tie was from Woolworths.

We were married by Chris De Wet. He met with us a few times in the year leading up to the day, to better understand what kind of a service we wanted. He nailed it! He didn't go on too long, he spoke clearly & audibly. He added the right amount of humour, and just generally did a great job, considering we were a bundle of nerves!

Chris Van Zyl & his wife Nicki from Focal Fusion were amazing. I can't stress enough that having a good rapport with your photographer is critical. We did an engagement shoot a few months before the wedding & we were bowled over by the images! They are down to earth people who love what they do. William & I were so happy to have them as part of our day. Their knowledge, guidance & support was amazing. We did not have an entourage, so having Chris & Nicki on our team was just so worth it!
http://www.focalfusion.co.za/

A good friend offered his help as a coordinator, over & above the assigned co-ordinator Adam, at Oxbow Country Estate.
Our friend & planner Wayne Johnson Smith was involved in site-visits, flower decisions & table mock ups, and right up until the week before where we planned all the timings & finer details. Tragedy struck 3 days before the wedding when Wayne left work to run an errand & never returned. He disappeared without a trace. William & I were, and still are, heartbroken.

The food at our wedding was provided by the wonderful chef at Oxbow. We attended a tasting a few months before, and were so excited about the courses we chose. Feedback from our guests was that the food was delicious, and they loved the element of surprise in the form of the silver dome service. We were adamant that we did not want a buffet, and therefore Oxbow was the perfect match for us.
William & I chose to have a cheese cake instead of a traditional wedding cake. The cheese was supplied by Hoekplaas Cheesery. It was well received by our guests, and we still had plenty to take home afterwards!
http://www.hoekplaascheesery.co.za/

We opted for electronic invitations, and 2 graphic designer friends helped us with that. It saved costs & was as effective.

We had an absolute blast! Our Dj, Roy from Starry Nights was amazing. He had a list of stuff we liked, and also a "do not play" list! A few guests tried their luck with the chicken song, but he had our backs! It was a NO! He read the crowd well, he had the older folks on their feet, and everyone was singing along as he played songs we all knew!
William & I did take some dance lessons, which admittedly were a little challenging, but in the end we did what we were comfortable doing, as my dress just didn't allow for the movements we had practiced. The lessons were not in vain though - we learnt some good moves!
http://www.starrynight.co.za/StarryWeb1_2012d/nIntroduction.html

Starry Night’s solid foundations have been secured over many years of positive recommendations and word of mouth advertising that has made our name in to a market leader.

Starry Night’s solid foundations have been secured over many years of positive recommendations and word of mouth advertising that has made our name in to a market leader.