Blake and I have a unique origin story... One that required Fate to do quite a bit of hard work.

Here's what happened:
Almost a decade ago, after a spur-of-the-moment decision, I found myself with friends en route to an outdoor music festival. We took a wrong turn and ended up driving for an extra hour (talk about a detour). We arrived in one piece (at last) and my friend noticed a mutual acquaintance a few cars down. Naturally, we went over to say hello, but all I really wanted to do was get my body onto the dancefloor.
We chatted to the acquaintance and met his friend, but after a while, we were off.

Later that night, my friend and I had separated, but it was COLD and I was on the hunt for my jacket and getting quite desperate. I walked to her car, but she wasn't there. I thought to myself... Maybe she's at that weird guy's car - the one we met earlier that day. So off I went in that direction.

I get to the car (a bakkie) and Blake was sleeping inside it. Only he had a mattress in the back, And a duck down duvet. And a mountain of pillows. So I said to myself: Faith, you are either going to freeze to death tonight, or you are going to jump into this sleeping guy's car and cuddle for warmth!

Endgame: fast-forward the few months I made him wait, we went on our first date and haven't been apart since!

I want to add that Blake went home after that festival, and told his parents he had met The One.
*blushes*

I come home late after work, and an irritable (although I now know is actually nerves) Blake gestures towards a book on the kitchen counter.

"I got you something," he said. Nothing more. I replied, "that's nice".
The book was a copy of Pride & Prejudice, which I am more than a little obsessed with.

"Aren't you going to open it?"

Honestly, I know the book almost off-by-heart, so hadn't even thought to open it.

I did open it, and Blake has carved the pages out, to turn the book into a box and inside the box was the most beautiful engagement ringI've ever seen.

Blake didn't go down on one knee, didn't actually ask, I don't think I even said yes at the time, but I could not have imagined a proposal that suited our us and our style. Even if I do tease him about it.

There were so many stand-out moments on the day of our wedding.
I think both of us agree on the top 2, though.

First: The Bedeken Ceremony
We spent an entire week apart in the days leading up to the wedding. that's no talking on the phone and no seeing each other AT ALL. So, when we finally saw each other for the first time in 7 days - it was incredibly emotional. I had to stop myself from running up to Blake and squishing him with the tightest hug my nervous body would allow! This is a super special ceremony, where the bride and groom declare that the person in front of them is in fact their intended. Goosebumps.

Second: The horas (Israeli dancing)
Now, this is what sets Jewish weddings apart! Imagine the wildest, craziest dancing you've ever seen. Multiply that... and you MIGHT just scrape the surface of what Horas are all about. Ours were MENTAL. I think half the guys were genuinely worried Blake might have a heart attack. But this is what gets the energy and gets SUPER pumped and we LOVED this moment at our wedding.

We didn't go on a honeymoon straight after the wedding. We enjoyed the summer season in our delish city! We do plan on going somewhere - but where and when are still to be decided! 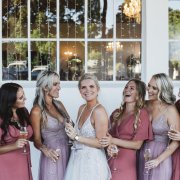 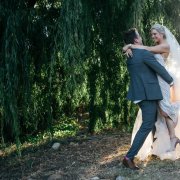 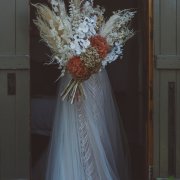 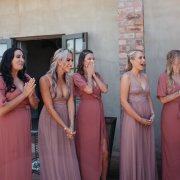 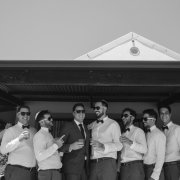 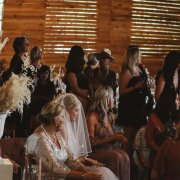 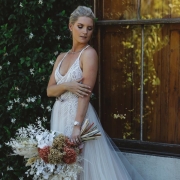 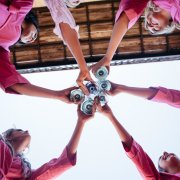 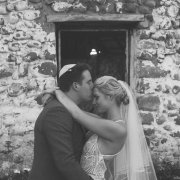 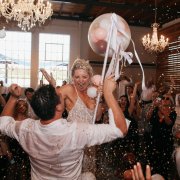 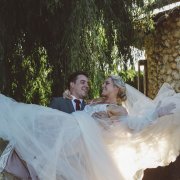 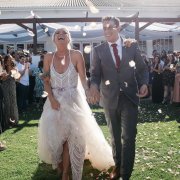 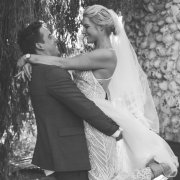 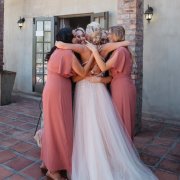 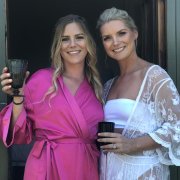 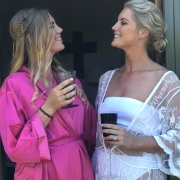 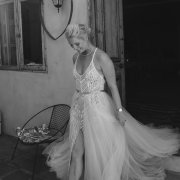 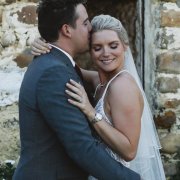 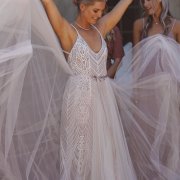 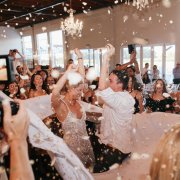 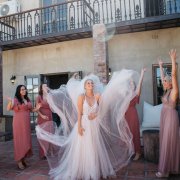 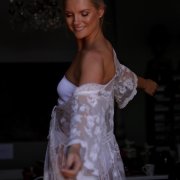 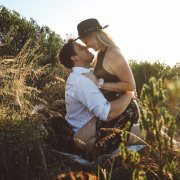 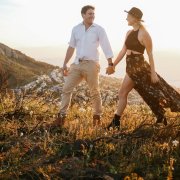 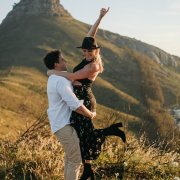 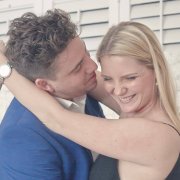 My dress...
The story of my dress is a love story within itself. The woman who made my dress is my godmother, and she was the one who made MY MOTHER'S wedding dress 30 years before. It was so unbelievably special working with Cheryl Arthur on this dress and I know for a fact that I could NEVER have found anything as perfect for me as the dress we designed and created together... OK - I helped with a Pinterest pic or two. Cheryl did all the hard work!

Hair + Makeup
I wanted something a little different... Without breaking any molds, though.
We went for mauve-pink eye shadows and everything else as natural as possible.
For my hair... We did a super full, but loose and romantic low bun, which morphed into the longest plait towards the end of the night.

I borrowed my mother-in-law's breathtaking necklace and kept everything else as minimalist as possible.

Marlenique Estate is a beautiful, yet functional venue just outside Paarl in the Simondium area of the Cape Winelands on a working Citrus Farm.

I have to admit, I was quite slack with the beauty regime leading up to the wedding...
ALTHOUGH I did exercise a lot!

Myself, the bridesmaids and my mom + mother-in-law all went to have our nails and toes done beautifully at Meraki Aesthetics near the V&A Waterfront.

I wanted a super warm decor style, and in the end, I know my florist (Simone from A Dream Come True) NAILED it. I walked into the venue on the morning of the wedding and burst into tears - from sheer happiness and excitement.

Simone had 'rented' preserved and dyed flowers and stems - nothing was picked that couldn't be used again (the green bride in me was very happy). One of the last things we ended up adding was Cotton stems - which were actually one of the best things on the table.

For Blake and I to have met 10 years ago, was a moment where fate really had to step in and do some hard work. So our wedding truly was 'Written in the stars'. And this is what inspired our photo wall installation on the day.

Blake looked sensational in a Tiger of Sweden suit, which totally broke the budget but was worth every cent.
The groomsmen suits were a bit of a drama - but we won't be naming and shaming... Hehe

The boys all were grey suit pants, brown belts, and brown shoes.
Blake had Simone make buttonholes using Star Wars lego figurines. As much as I was hesitant, where ended up being super sweet!

I wanted something casual, but feminine and romantic for my bridesmaids. Although these dresses were also a bit of a nightmare, I was SO SO SO happy with how the overall look turned out.

I did not have a planner myself. I actually am an event planner - so I planned the wedding with my business partner, Kim Calitz under our own company, The Narrative.

Marlenique Estate is a beautiful, yet functional venue just outside Paarl in the Simondium area of the Cape Winelands on a working Citrus Farm.

Makiti Hire offers a variety of top quality furniture and décor for all prestigious events. We continuously update our range of furniture to accommodate modern trends. Our se...