The legal side of marriage in South Africa

You said yes and have the date set! Are you forgetting the most important legalities that come with marriage?

The legal side of marriage in South Africa

Have you had to postpone your marriage unexpectedly and are considering a civil ceremony right now and celebration later or are you trying to find some sound marriage legal advice? Either way you need the expertise of a marriage officer or legal expert to help guide you.
We often get carried away with all the exciting things that naturally come with weddings and often forget about the legal nitty gritties which are so important to have in place.
We recently chatted with some of our marriage officers and legal experts to find out just how to go about things from a legal perspective.

Wim from Weddings Without Boundaries is a registered Civil Union and Marriage Officer and has shared some important documentation that you need to have on hand like the completed and signed Marriage Registration Application, certified copies of your South African ID documents, certified copies of 2 witnesses’ South African ID documents, if applicable a certified copy of your divorce decree and certified copy of the death certificate of your former spouse, 3 ID size photographs of each of you and a certified copy from your lawyer that you have entered into an Ante-Nuptial marriage contract. The most important thing to note is that should you not enter into a marriage contract you will be married in community of property by default.

Wendy Vermeulen is a registered Civil Union Marriage officer for the Department of Home Affairs and chats about some of the complexities which could be relevant to you. All licensed marriage officers can perform a marriage to foreign nationals either one or both, but of late DHA have been problematic in processing the immigration interview letter in time. When marrying a Foreign National it’s best to get your interview at immigration at least 3 months before the wedding date to avoid issues, also the JHB DHA have their own permanent immigration officers unlike the other regional branches where immigration officers only come in once a week. It is advised to go to JHB DHA for your interview, wait for the letter and book the legal registration only once your letter is in hand.

Reverend Stephen van Basten shares some of his top tips to consider when you decide to get married. They are namely the Ceremony itself as it can be tricky choosing a Minister. Do you want your own Minister or a Non-denominational Minister? The registration of the Marriage at Home Affairs (legal), the signing of the Ante Nuptial Contract (legal) and the updating of your Wills (legal). It is important to have these things in place to avoid unnecessary stress when planning all the exciting parts of your wedding. Some food for thought, you might think you have the perfect relationship that’s why you have decided to get married right? But, marriage counselling or a relationship course is always a good idea!

One of the most important decisions you can make when getting married is whether you marry with or without a marriage contract says Roy Bregman. There are pros and cons for each kind of marriage arrangement. The pros of getting married in community of property are that this rests on the principle that marriage is a partnership and as such can be conducive to a harmonious marriage relationship. It promotes both legal and economic equality of spouses. During the marriage and on its dissolution, both partners are entitled to half share in joint estate and each on has equal powers of administration. The cons are that if one of the spouses is an entrepreneur and exposes himself or herself to risk, the joint estate will be at risk and creditors can sue both parties.
In order to marry with an ANC, you should approach a notary to draw up a contract before getting married. The ANC is registered at the Deeds Office. The marriage will not be automatically subject to the accrual system unless you specifically exclude this system in the contract. A marriage contract subject to the accrual system is ideal for young couples starting out. If neither own any assets at the commencement of the marriage, they would respective their commencement values as zero so that on dissolution of the marriage by death or divorce, the value of the assets obtained during the marriage will be shared equally.

Fanie Botha from Legally Married is an Attorney and reminds couples of the following. Make sure you know exactly how each marriage dispensation works and what the financial implications are. Most people get married by ANC with the inclusion of the Accrual system, so it is important to know what the financial implications are during a divorce or death of one of the partners. A large percentage of people don’t have a Will in place so it is advised to think of this at this time as there are many benefits. Should a couple wish to immigrate after marriage, we remind them that not all countries recognize our RSA ANC and advise what steps are required to make sure their ANC is recognized in such a country. Some people also tend to forget to change the beneficiaries on their life policies when they get married, so we remind them what some of the consequences thereof are. We also remind clients to make sure about the beneficiary nomination on their pension funds and to see that it is in line with their wishes. Lastly, we remind our clients not to leave the ANC to the last minute as they sometimes forget the ANC and they are married by default in Community of Property.

As much as your marriage is a time of celebration and beautiful things, it is so important to have the above-mentioned legalities in place. Good luck!

Equally at home with personalised contemporary non-religious as well as traditional religious ceremonies, Wim is the Eastern Cape's popular and well-respected non-denominationa...

I would love to assist you to get married and set you firmly upon your journey to living a beautiful life together.

Before you walk down the isle, you should consider the legal implications your wedding will have. Speak to our professional lawyer and financial planner

We practice law holistically. Our goal is not to pick and win fights, but – through civility and good will – to achieve justice and healing for our clients.

Let us plan together for your wedding a special, romantic and deeply touching ceremony.

Legal Non-denominational wedding ceremonies personalised with your signature. Let us together bring your dream wedding to life. 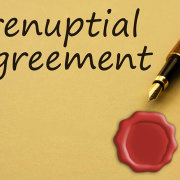