We met in a Golden Arrow bus in January 2009, everybody was still enjoying festive season when I was worried about university fees and upcoming registration. My now partner, who was a complete stranger at the time, was going through the exact same burden. The bus was unusually empty and we were the only teenagers on the bus and that made us spot each other so easily. My partner got the courage to get up from his seat and made himself comfortable next to me. He shared that he just had an exhausting day going up and down cape town looking for any tertiary institution that would admit him and I too went on to share that I visited a few offices to follow up on bursary applications I had submitted. That lead us to not just talk about academics and career but our life plans, goals and dreams. We just clicked, we made each laugh and smile despite our stresses. There was just so much chemistry, passion and similarities between us that it was a no brainer that we had to see each other again and we decided to exchange contact details, and poked each other on facebook :-). We have been a house on fire since.

His proposal was very simple but very emotional and the timing was perfect. I was 7 months pregnant and culturally my family had to go to his family to report the pregnancy, so his family can pay what is called "damages". So we had discussed the details of the meeting like the date, my outfit and our family members whom we'd ask to represent us. So early morning on the day, I drove with both my parents and 2 of my aunts to his family home. Upon arriving, a few interactions of greetings and explaining why my family was at his house took place. Culturally his family cannot accept the pregnancy without him agreeing to be responsible for the pregnancy. So his family called him to the living room and he was asked if he knew me, which was a closed question requiring a yes or no answer. So he answered and he started addressing my father (which was very surprising) so he eventually asked my father for my hand in marriage. I was still shocked by what he had asked my dad, when he suddenly knelt down in front of me, took out a ring and confessed his love for me (at that point I was so emotional, tearing, that I barely heard a thing he was saying) and he asked me to marry him in front of both our families whom went on to give us their blessings. Obviously I said yes and was just so blessed that he was so thoughtful and knew that the proposal would be so much more valuable by asking in front of our families. What would have been concluded as a discussion of paying damages, quickly changed to a joyful initial discussion of lobola negotiations, which was followed by the biggest breakfast celebration ever. 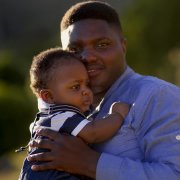 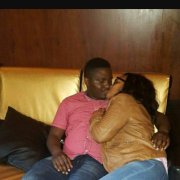 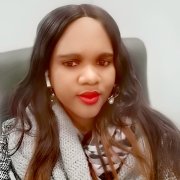 Highberry is a boutique winery which has recently established a brand new bespoke function venue, located on the outskirts of Somerset West.