Well, we met on the 20th of November 2015. Our First date was on Valentine's Day 2016. He had made reservations at Salt, a lovely restaurant here in Pretoria and after we went to see the Deadpool movie. It was an amazing weekend for me. The first 6 months of our relationship we did long-distance with about 630km between us. We managed to push through really easily, and well, here we are now. Almost 2 years later and I don't regret any one moment.

This year had been a big year for the both of us in terms of academic accomplishment. He had just finished his Masters and I had finished my exams, as a reward, He had planned our holiday himself. We arrived in Jeffreys Bay on the 18th of November. I have never seen such a beautiful place such as the Eastern Cape, I am absolutely in love with it. It has been a favourite destination of his for many years, and so he showed me all sorts of things that made him happy. On the 20th of November 2017 (2 whole years after we met each other) he took me to Cape St. Francis, it was cold and the wind was blowing. I honestly couldn't care because he looked so happy to be there and I was absolutely dumbfounded by how beautiful it was looking out on the ocean from atop the rocks. The wind was blowing really hard, so I moved to hide behind a rock, he took my hands and right there he asked me if I would marry him. I said yes! We both cried. 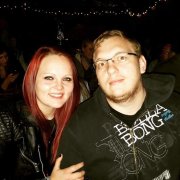 Your wedding day is the most important day of your life! We believe we have much to offer you as a bride at "Everwood Country Weddings". We will do all we can to make sure it i...

Planning your perfect day should be nearly as exciting as the big day itself...

Tres Jolie is a country wedding venue situated on 5 hectre estate in Ruimsig, Gauteng. The venue is accessible to all major centres of the region and the tranquil estate offers...

Kleinkaap estate boasts the original manor house built on Clubview farm in 1920 by General Frank Dyson, the first owner of this beautiful property. In those early days they far...

There are so many trials and tribulations leading up to your big day that the last thing you need is a ceremony marred by a fumbling, humming and hawing marriage officer. It’...

DESTINY – WHERE YOUR WEDDING DREAMS BECOME A REALITY

Casa Toscana has become a jewel in the crown of Tshwane hospitality; with breathtakingly beautiful function venues