Being a musician, every big decision I’ve ever made revolved around my music career. Like moving from KwaZulu-Natal to the Eastern Cape. Little did I know that what was actually pulling me here was not only the music, but a tall, gloriously long-haired musician that I now have the honor of calling my fiancé.

I remember clearly thinking to myself, whilst setting up my equipment on stage for the gig, that no human being should be that dangerously gorgeous and talented, as he walked off the stage after bewitching every person in the bar with his performance. After I finished up my set, which I tried my utmost to impress him with, he suggested we do a few songs together. And that was the moment. That moment Fate cleared his throat and said: “I did this”. I sang to him and he played the guitar to me…and nothing and no-one existed in our little universe.

Well up until the loud noise of applauding hands and a cheering crowd started fading in. That whole night, every glance and every accidental touch would make my heart skip a beat. And it happened often, setting me in a half comatose death-like situation with my heart not functioning the way it should. I write this grinning from ear to ear, because after two years he still manages to do that to me.

We parted ways that night, only to find ourselves hanging out every day, writing music, getting to know each other and that constant electricity in the air, pulling us together and making it insanely difficult to not be close to each other. And then that day… The one that sealed our fate, saying “I will never let you go” and “It’s finally forever”. We got ready for two separate gigs. He would drop me off at mine in Jeffrey’s Bay before leaving for his in Port Elizabeth. We packed up my gear and headed for the lift. Then the pre-chorus. The kind that any good love song should have. Side by side we stood in this intense silence waiting for the doors to open to the basement where the car was waiting. This dizzy flush came over me, forcing me to support my body with my arm stretched out to the wall of the lift. As the doors opened, he said “I just had this weird dizzy feeling” and I said “Oh my goodness, me too”. We both knew at that moment something BIG was going to happen. We walked up to the car when he dropped the gear to floor and said: “I can’t take this anymore”. He pulled me into his arms and kissed me for what seemed like an eternity.

Still captured and rattled in our moment, we headed off to our gigs. And afterwards, going home, we’ve been writing our story together ever since. This is our song.

It started out as a normal day in the life of JJ and Cherise. Nothing out of the ordinary. His timing was impeccable. Our apartment looks out on the ocean and JJ made us a cuppa’ Jo to enjoy on the patio, watching the sun set in beautifully painted pinks and oranges, like we often would. He came out and said: I’ve been working on a song, babe”. Again, not something that would remotely give me the idea that he was about to ask me the one thing I’ve been daydreaming about for months. We write music on that patio all the time. Confidently he started playing the intro to this song on his guitar, well-oiled and obviously well practiced. With the following lyrics:

I’ve been captured in this beautiful dream
Where nothing exists but you and me
Where you’d pull the covers up to your eyes
And tell me: “baby… today, let’s leave the world outside”
While in our wonderland of love we laze
I’ve been building the courage to ask you this for days

(This is where he went down on one knee, and it hit me… this is not JUST another song)

TEARS – and multiples of something that sounded like “Yes” through the tears/shock/excitement-mixture. 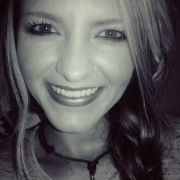