Robbie truly is THE example of what it means for a man to fight for a woman. He has been this since the beginning of us.
I was at a time in my life where I truly had no interest in relationships. In early 2012, a couple of friends and myself flew to the Overberg Airshow on quite a spontaneous trip. After we landed, we took a walk around the air base, minding our own business. Then out of nowhere, a young and confident guy approaches us and asks if we flew in. As we progressed in our conversation, my 3 friends slowly and sneakily backed away from myself and Robbie…obviously they saw something I didn’t back then. I was tempted to give a wrong number to Robbie when he asked (this was my usual tactic), but for some reason, I blurted out my real number. During the course of the weekend, I did not make effort to see him, but he continually tried arranging to meet with me. On the last day, he managed to get a goodbye hug from me….little did I know how he’s persistence would change my life.
After that, I never thought I would see or hear from him again. However, we started chatting quite a lot on the phone, and eventually skyped almost every night. Robbie was throwing flirting hints the whole time, but I didn’t think I was interested…until one day he cornered my emotions by telling me he was getting back with his ex…. For those who know Robbie, this of coarse was a trick…and I got caught into it. I was very angry and sad about him “getting back with his ex”, and I expressed that to him… where he replied, “I am just joking” (my emotions revealed at that moment).
Since then, he has won my heart over more and more each day. His perseverance and tenacity in this relationship has had me fall in love with him over and over again

The engagement was so much fun, we actually did it twice!!! :-D
We had a little bump in between but that gives us two stories to tell!
Last year October we finally had the chance to use our savings to go to Mozambique for our 5 year anniversary.
One day Robbie surprised me by arranging us to go on a boat ride to one of the islands off coast Vilanculos. As we arrived on the beach, I noticed that no one else was around... Only the boat staff setting up a beautiful picnic area on the white sands over looking the blue lagoon. After they left, it was just us for an hour.. And then after that..... He approached me and said.... "We going snorkeling!"
After about 4 hours of the most amazing snorkeling, we had the most amazing lunch on the beach with other tourists and then returned to our private picnic shore.
He then had me stand at a spot and close my eyes.... When I opened it, my man was dressed in his fancy hula shirt, on one knee and a dazzling ring shining out a box. He had the most amazing speech (though I can't remember much of it... Cursed emotions!) and I just could not wait to say YES!!!
I could have never imagined a more perfect proposal!

Vote for us to find out about the second proposal ;D

The most memorable moments was definitely when I walked down the aisle and saw my future husband trying to contain himself from all the tears! Walking down the aisle generally was amazing. I took my time to walk slowly... Armed hooked into my dad's arm. I spent time looking at all the faces looking at us and just thanked God for all the love and support from everyone.

Mauritius baby!!!!! Was absolutely stunning! We stayed at Ambre Resort which had amazing services, food and the funniest and Kindest staff. We stuffed ourselves silly, tanned our white Jozi skin and enjoyed the blue waters and white beach sands. We also had some wonderful cultural experiences and enjoyed learning about the Mauritian people and the Creol culture. Parasailing, under sea walk, swimming with wild dolphins and stroking giant tortoises were also a big highlight. We also caught up on a lot of much needed rest after all the wedding planning stress... On the beach ofcoarse :D 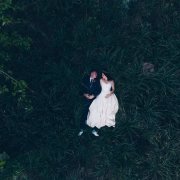 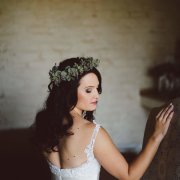 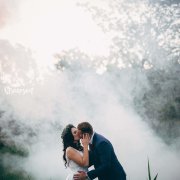 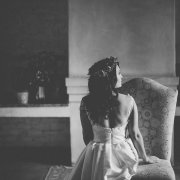 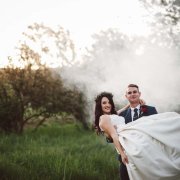 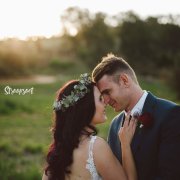 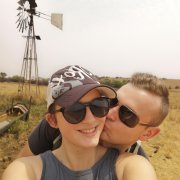 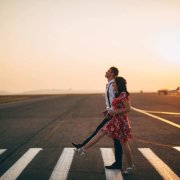 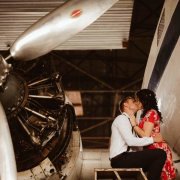 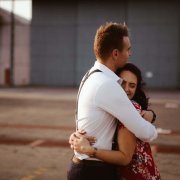 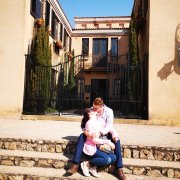 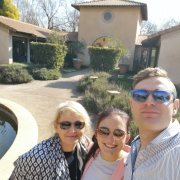 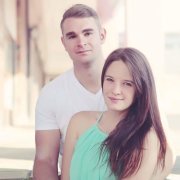 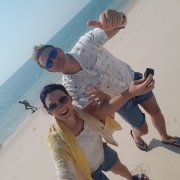 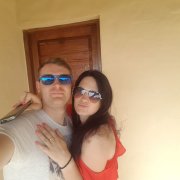 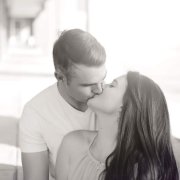 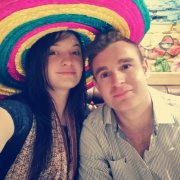 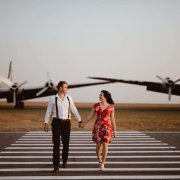 I bought my dress second hand from a website called StillWhite (brides-to-be.. This is a must check!)
It was a Pronovias dress imported from Barcelona. I had a 3m veil with beautiful Chantilly lace sown on by Sew Coutour in Fourways. They also did dress alterations and did an amazing job!
My hair was a gift from my hair stylist of 15 years.. Dawn 4 Hair in Heidelberg (she obviously came through to the venue). We wanted to go for a very natural look as I am a bit of a wild child and an up do didn't feel like me.
I wanted to save on jewelry as I don't usually wear it... So I bought beautiful rose gold plated necklace, bracelet and earrings from Accessorize.
I had rose gold heals with rose gold flowers that I bought from Forever New.
My makeup was amazing! I had myself, my mother and all my bridesmaids done by Karen Bezuidenhout. She is an amazing person, very down to earth and excellent at what she does.
I have been so blessed with everyone that helped put my look together.... It was just perfect!

We had the wedding at Avianto in Muldersdrift. We loved the place mainly because of the space! There is so much room to walk around and enjoy the picturesque nature view and stunning Italian style buildings. The venue offers stunning accommodation where alot of the guests stayed over the night. There is also plenty of accommodation close by in the area where other guests stayed.

We were only engaged for 4 months so I didn't have too much time to plan for a regime. Best for me was to stick to my normal routine as I was worried that trying new regimes would cause breakouts, upset stomach or extra stress. I only started reducing my sugar and carb intake.. But didn't completely cut it out as I know my body can go through negative withdrawal symptoms. I definitely became more strict on my sleep pattern. I focused on going to sleep around 9/10 if I wake up at 6 or 7. I started to gym and do alot of cardio workout which just made me feel so great!
I also started using Tissue Salts no. 6 for stress and anxiety the last 4 weeks... This helped me stay calm and get the rest I needed. My main focus was to really keep my stress levels low... So I ate, drank and did what I needed to to keep it low... So I still had my dark chocolates, Cuppacinos and thoroughly enjoyed my running and yoga... And sleep!

Being only engaged for 4 months gave me a lot of pressure to choose the decor as there were so many beautiful ideas! At the end, I took time to reflect on who I am and also the dynamics of my relationship with Robert.
Our theme was natural and colorful with hints of rose gold. The base color for the decor was navy blue and cream. The flowers consisted colors of plum, burgundy, soft pink and blue, ashy green (like eucalyptus) and cream. The tables had cream cloths with a navy blue runner (banquet style) and decorated with lots of flowers and even fruit to incorporate the colors. The under plates were rose gold and we also had rose gold candle holders which held our burgundy candles.
Our beautiful hall was decorated with cream drapings together with fairy lights which gave such a romantic feel together with all the colors.
Tanya from Event Inspirations was the brilliant and creative brains behind the theme. I was so impressed with how she could turn my vision into reality.
I also included some DIY projects into the decor as I wanted slight hints of a travel/aviation theme too. My hubby and I are both pilots and both love to travel. I was so careful not to overdo the travel theme as I am not too crazy about specific themes. THe balance was perfect!