So if all began on T I N D E R! Yes!! Tinder!
Neither of us were fans of dating sites but after we both went through ups and downs in past relationships we decided to try something different...
Little did we know that we would both be meeting our "the one".

In 2015 I opened my Tinder account only to come across Rudi's profile.
Something about him seemed so familiar, and I just swiped!
I don't know if it was due to the fact that I felt we've met before or if it was just his smile... and to my surprise he swiped as well.
Moments later we found ourselves texting until 02:00am the next morning.
We decided to take thr leap of faith and meet in person.

So as I walked into the cafe and seeing him in person for the first time, it felt like my heart sank into my shoes.
It was that moment in time where I realized that love at first sight, how unreal it may sound, does exist!

We talked for hours about things that would scare of most people, as it wasn't the usual first date talk...
"What religion are you?"
"Do you believe in marriage?"
"How would you raise your kids?"
And the list goes on...

Later Rudi looked at me and said that he was going to delete his Tinder account and focus on out relationship and that he was hoping I would to the same.
Our mutual understanding regarding this was just unbelievable, seeing that we just met in person a few hours ago.

After hour date I remember phoning my mom and telling her how I have just met my future husband.

Since that day this is our love story's timeline to thus far:

Our journey is my favorite.

Sooooo... I actually planned my own proposal.
Well, I didn't know it at the time, but my husband is just sneaky that way

Most memorable is definitely seeing Rudi's face for the first time as I walked down the aisle and of course when we promised to love each other and become Husband & Wife.

He and my maid of honor planned the most amazing surprise for me - a video with clips of each bridesmaid, parent, grandparent, stepparent and sibling - with their favorite memories of me, why they love me and some marriage advice!
One of thr highlights in my life! 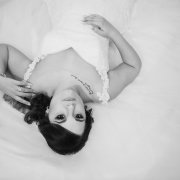 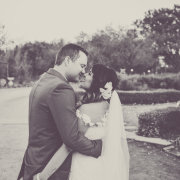 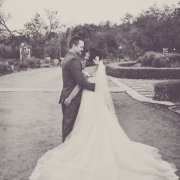 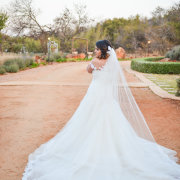 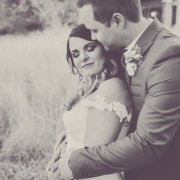 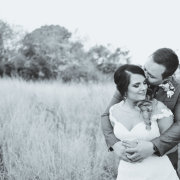 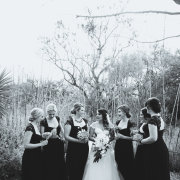 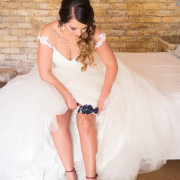 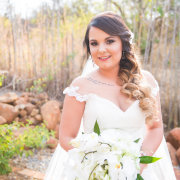 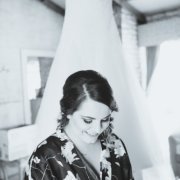 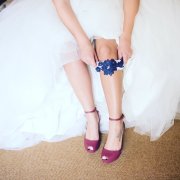 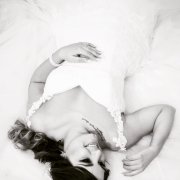 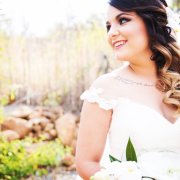 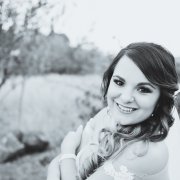 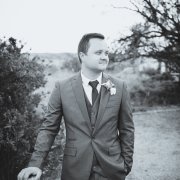 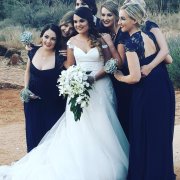 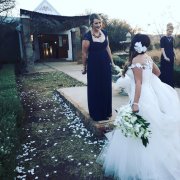 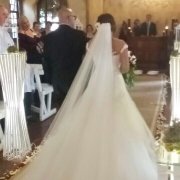 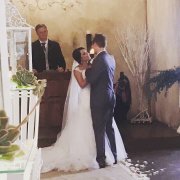 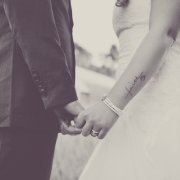 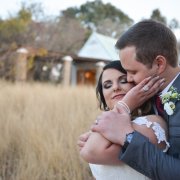 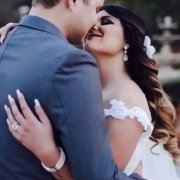 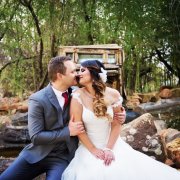 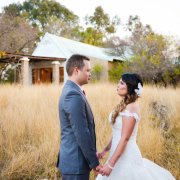 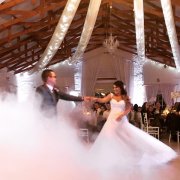 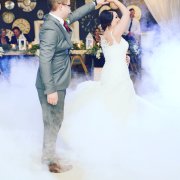 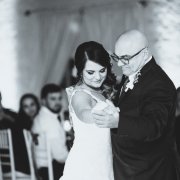 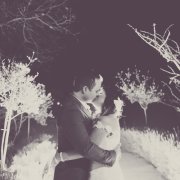 Hmmm... I would describe my wedding look as traditional with a bit uniqueness here and there.

Hair was curled and pinned to one side with white orchids.
Make up was more dramatic than natural.
Wedding dress was a bit more traditional, all lace and tool.
Shoes were maroon

We got married at Casa-Lee County Manor.
A gorgeous wedding venue in Donkerhoek, Pretoria.

Rudi actually found the venue online and fell inlove with it instantly, and so did I the first moment I stepped out of the car.

Most of our guest did stay over from the night before, some stayed at Casa-Lee and the others at Skaapkraal.

I couldn't train at all dueto suffering from a blood clot in my lung (pulmonary embolism) a few months before we got married.

We made 90% of all the decor ourselves.
We only rented in lanterns, which were vintage with white flowers.

I would say that all our decor were a combination of rustic and vintage elements.

Our flowers were White Orchids, Baby's breath, eucalyptus and succulents.
My sister-in-law grew all the succulents that were used at our wedding!

My husband and his groomsmen bought their suits at Oriental City in Centurion.
Their shirts were from Mr Price and their ties from Woolworths.

My husband wore a charcoal-grey suit and the groomsmen worr navy suites.

My bridesmaids wore long navy blue dresses with a lace keyhole back.

We got there dresses from YDE!

Pink Flower Productions did our photos and video.

They are the coolest couple I know.

We met them a year before the wedding and just knew we had to use them.

Their work is amazing and they really care about everyone they work with!

And Marlene (the photographer) knows how to button a dress!
45 buttons in less that 5 minutes to be exact.
She helped me get dress after my mom was to emotional

We had a wedding coordinator but no wedding planner.

We planned 99% of our wedding ourselves.
It was an amazing learning curve.

Planning a wedding tests a relationship's commitment, communication and patience.

You learn alot about partner and your relationship.

My wedding transport - my 2 feet in gorgeous maroon heels

The venue prepared our food and one of our good friend's, Gideon was in charge of our wedding cake.

He is a chef and owns his own catering company - De Kosblik Catering.
Amazing!

Our cake were 8 different cheeses stacked ontop op each other, which we cut right after the ceremony and used as canapés.
There we pâtés, bread, biscuits, frech fruit and reserves that accompanied the cake.
It was so beautiful thank to Gideon who put it all together.

Three of my most favorite people in the world designed our wedding stationery:
Larissa Moss - a childhood friend of Rudi.
Megan- Lee Barnard - My best friend and matron of honor.
And my husband.

Minute Man Press in Menlyn did all our printing.

No we didn't take dance lessons, Rudi and I both love to sokkie.

So after slow dancing in our kitchen a few times we were set for our first dance.

Nightlife Productions was our DJ and did all the lighting.