Believe it or not but we met on a dating site called "singles to meet". Both of us weren't really big fans of dating sites, but though we had noting to lose by going onto one.

My husband was on the site longer than me, and found some people who made him question his decision to go onto the site in the first place. Eventually he never found someone on the site and decided one evening that he is going to go off of the site. As faith would have it, the night he decided he wanted to go off was the same night I decided to go onto the site. So I saw him on the site and sent him a message. Something in message attracted him to chat with me, and so he did.

From then on we were both smitten. One could say I made the first move...but don't tell him that hehehe.

We chatted a while but one first date we knew we would marry. A year and 6 month later we said I do.

I would say the highlight of the wedding day for me was the ceremony. I think the moment the pastor said that we are now husband and wife.

Yes we went ons honeymoon. We went to Mabalingwe nature reserve. And had an amazing time. 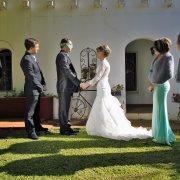 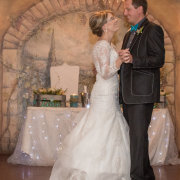 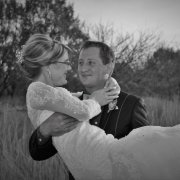 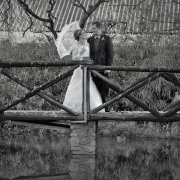 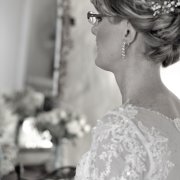 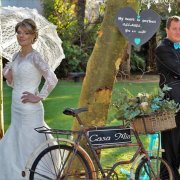 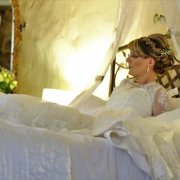 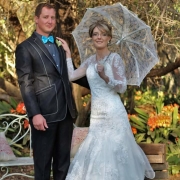 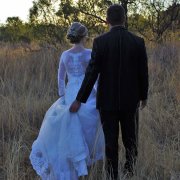 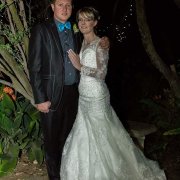 To suite my dress, we went for a vintage look with my hair and make-up.

We got married in Cullinan, at Casa Mia Country Estate. The guests could stay over the night.

Our cerimony was outside, under the trees and our reception was indoors. Our decor, seeing as it was a winter wedding was 'vet plante' proteas etc.

Our marriage officer was Johan van Aswegen, from Kaleideo congregation.

I believe we had the best photographers. They made the day so special for us, by capturing every moment. Thanks Lime Light Photography.