Devon and I met in 2007, I was seeing a friend of his.. Let's just say that didn't end so well. When it ended Dev thought he would make a move, he would always say, "one day you will be my wife." and I would always laugh it off, he was my friend and I would never get together with him due to the circumstances.
Fast forward to 2012, I wasiving in Cape Town and had dated a few dragons of which none of them worked out so well.
I on day decided call Dev to wish him happy birthday. We started to communicate via SMS (I don't think whatsapp was around then), sms's turned into Skype calls every night, before we knew it I was flying up to Joburg "for my birthday". I spent every day with him and we immediately knew we would be together for the rest of our lives.
2weeks later I flew back to Cape Town and 2 weeks after that I got an offer to work on a boat overseas. (if it's meant to be, it's meant to be) So I took the once in a life time opportunity, spent 3 months overseas and spoke to Dev almost everyday.
When I got back We had decided to go and teach English in China, Dev flew to Cape Town to stay with me and save. After a month he couldn't find a job, and took a job in Joburg. 5 weeks later I found out I was pregnant, within two weeks I packed up my whole flat and moved up to joburg to be with him and my family.
We have now been together for 5 years and are finally getting married on 24 September 2017.
These are only a few moments from The Adventures of Dev and Tan

Dev and I hadnt seen a movie in over 3 years, so on Valentines day 2016 we decided to watch a Quinton Tarantino movie... Go big or go home right... I'm not so big into Valentines day so for me that would be perfect.
We dropped out little one off at my sister, and off we went. Dev said that the only place he could get a booking was in the eastrand. On our way he asked if I wanted to get something to drink, I couldn't understand why, especially if we would get something at the movie,.. I agreed anyway.
He got back in the crease and quickly key blind folded me. I immediately started to cry and remedies on our first two weeks together, I had no idea what was happening. (I was just so surprised that he had actually pulled off a surprise for me without letting the cat out the bag.) We drove for what felt like ages, and finally arrived at our "quick surprise before the movie" still blind folded he guided me out the car.. Or tried.. I smashed into the car next to me, we'll let's just say the next 5 minute walk took about 15 minutes due to my complete paranoia, that I would be smashed on the head, trip over something or bump my sides again. I was laughed at a lot. Soon we arrived, I removed my blind fold and in front of my was a huge red blanket with petals everywhere and a picnic basket, I was so surprised that he had actually pulled a surprise off. We sat and we ate and we chatted. Not so long after settling in, a couple propped up their "normal" picnic (ie; not an I your face big red blanket with petals evergwhere). No sooner had they sat down and already Dev suggested that he ask them to take a pic of us, it was a little embarrassing for me as I'm not so big into the whole thing, and now we being over the top on valentines day were calling these two to take a pic of us...ok cool.. Done now lets relax... Oh no wait 15minutes later, Dev said "stand up I'm got to ask that girl to take another pic" OH MY WORD... to say I was embarrassed was a complete understament, "no, no, no.. Leave them, we have already asked them to take a pic." well he flat out ignored me. The girl followed him back, he stood next to me and started to kiss me...OH MY WORD!!! what is he doing?.. He then leaned over into is cargo pants pocket, and I immediately knew what was going on. "No, no, no, no, no" I kept saying, in complete disbelief.. I did t even know what he said, I started crying and went down on my knees with him. Eventually realizing what I had been saying the whole time I said "I CAN FINALLY SAY YES". A whole group of people started clapping, I was jumping up and down, and I then realised the girl who was meant to take a pic was actually recording the whole thing.
Best Valentines day ever.!!! 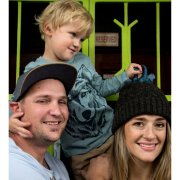 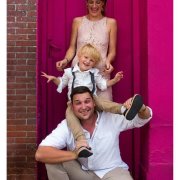 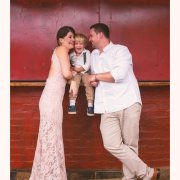 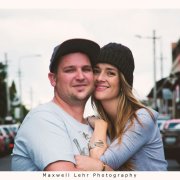