What To Do If You Marry A Foreigner

You have fallen in love and now you need to be legal.

What To Do If You Marry A Foreigner

Getting married in South Africa comes with a few legal requirements that can't be avoided, and of course, you want your marriage to be valid in the eyes of the law. So read below for some helpful tips to set you on the right path and help you find a marriage officer. We have plenty professionals on our website!

Marriage is a Binding Contract

It is particularly important when marrying in a foreign country, to adhere to all the legal requirements. Marriage is taking an important step that changes your status once you have entered into the contract and it involves a costly procedure to change its basis.

The South African Marriage Act lays down all the rules regulating how a marriage should be solemnised, who may marry one another, where and how the wedding may be conducted, and by whom. If you fail to comply with the regulations set out in this Act, your marriage could be declared null and void.

At a later stage your marriage officer will register yourselves with the Department of Home Affairs - so you don't need to worrry about that. They will also apply for your unabridged marriage certificate, which you will use to register your marriage back in your home country. The unabridged certificate is stamped by the High Court in Cape Town and this process will take around 3 working days (we hope!) The foreign party will have to complete the "Declaration for the Purpose of Marriage" in the presence of the marriage officer prior to the wedding ceremony, don't forget about this essential step!

This certificate is issued to all non-South African couples or couples where one party is foreign. These are only issued if the couple are not living in South Africa, or by special request, due to plans to travel extensively or emigrate in the near future.

Unabridged marriage certificates are stamped 'Apostille' at the Cape Town High Court as authentication of certificate and issue. Apostilles are not needed for counties which are part of the Commonwealth, but are issued for all other countries who align with the Hague Convention. Should a country not be aligned with the Hague Convention, then an "Authentication" stamp is affixed to the marriage certificate also by the Cape Town High Court.

Who may perform a marriage ceremony?
Only a marriage officer may conduct a marriage. Every magistrate, special Justice of the Peace, and commissioner is a Marriage Officer, as are those ministers of religion (and only those) designated by the Minister of Home Affairs.

Where can you marry?
According to the Marriage Act, the ceremony must take place in a church or other building used for religious services, or in a public office (such as a magistrate’s court) or private dwelling. During the service, your venues' doors have to be open and the ceremony needs to be conducted in the presence of yourselves and your two witnesses. Don't let your witnesses dare bail on you - your marriage will be illegal without them. 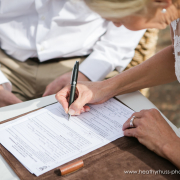 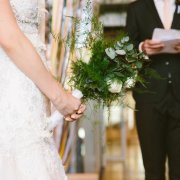 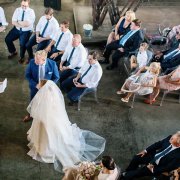 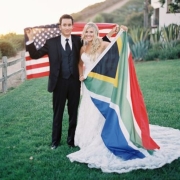