Engaged on a cruise ship on the shores of Santorini, our initial plan was to elope in Greece, but considering our family and friends wouldn't be able to travel there, we decided instead to bring Greece to them.

Guests were invited to our engagement party and requested to dress in white, symbolising a new chapter for my husband and I.

On arrival we were there to greet and welcome guests, pre-drinks of pims and canapes were setup on the lawn accompanied by the accoustic sounds of Stone Jets.
Once all guests had arrived, we decided to make the announcement that in actual fact this was to be our wedding day, waiters filtered out into the crowd with sachets of confetti and almonds from Italy, so guests would know we really were getting married. From here on out the day was a blur as with any wedding day it can be very overwhelming.

Guests were directed to our secret ceremony area which was hidden from view under the ancient Olive Tree, while we had fifteen minutes to do hair, makeup and of course an outfit change for all of us including our two dogs who formed part of the retinue.

While getting ready we watched guests filter into the ceremony area, I could hear the sounds of our bouzouki band all the way from Greece, the nerves and excitement was immense. Guests were screaming and crying as the realization sunk in they were about to witness our special union.
By the time I made my way down the aisle the guests were standing and cheering and I thought I would be crying, but I was so immensely happy I was smiling from the heart.

I once read a bit of advise that said during your ceremony, take a look around and absorb every emotion and every person present, it made me even happier to know that we had everyone important with us.
However, its not often you get to experience such extreme emotions all in one hour, so it was rather hard to concentrate so we decided that night under the guidance of the moon we went back under the altar to go say our vows again, it was special in every way.

After our ceremony, we went straight into the reception under our beautiful custom built draped structure with never ending views of the Twelve Apostles and Camps Bay. Guests were served with Mediterranean styled food that kept on coming, pizzas, baby chickens and salads were served casually to guests as they moved where they please. And of course dessert was a sweet lovers delight with a custom monogram cake from Charlys Bakery and greek delicacies from Mykonos Taverna.

Dancing as the light started softening and the sun set over the sea was my dream, from Greek plate breaking to Israeli dancing to Afrikaans and Portuguese music, we had it all. Guests danced the night away under a fiery red sky, while we snuck away to do our couples shoot on the beach, where our love affair first began. 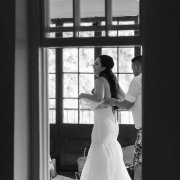 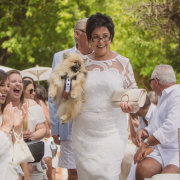 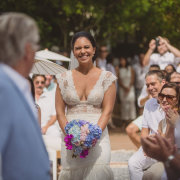 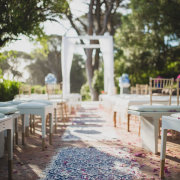 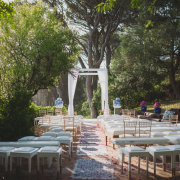 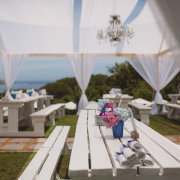 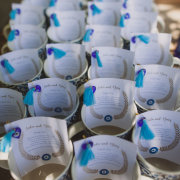 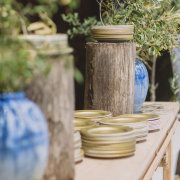 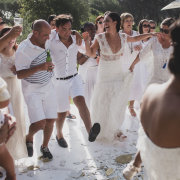 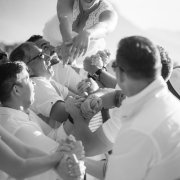 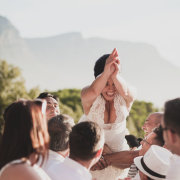 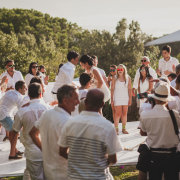 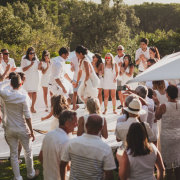 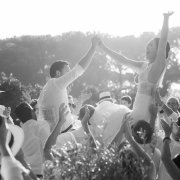 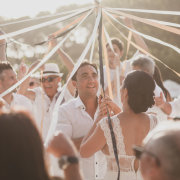 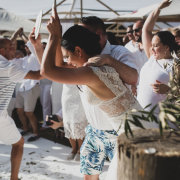 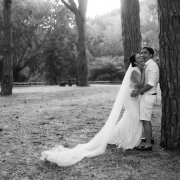 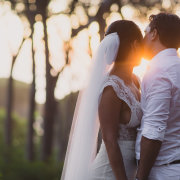 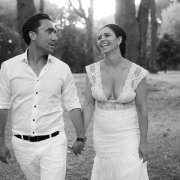 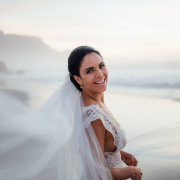 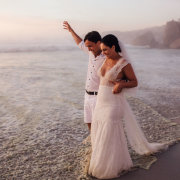 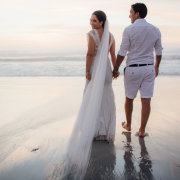 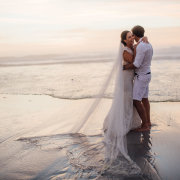 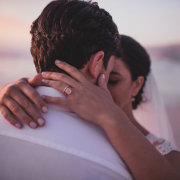