In 2014, Minette was working in Saudi Arabia, and I was living it large in Barberton.
Both of us were hoping that the right person will come along, but to no avail. We both decided to try our luck with internet dating.
Not long after joining the website, I came across Minette's photo, and decided to make contact. She will tell the story differently, but for the record I am the one who played hard to get...

After a few messages back and forth, we decided to exchange numbers.

We continuously chatted for about 8 weeks (with a few sneaky phone calls in between, I just needed to make sure, that she was indeed a girl.... :D).

We were finally able to meet in person in June of 2014.

Stephen fetched me from Swadini, where I was attending a grade 3 camp, to meet up with my parents, his mom, brother and now fiancé as well as Allan and Robyn at the Sabi Sands.
On route, we decided to have a breakfast. While we were enjoying our food, Stephen informed me that we had to deliver a present to a friend who lives in the Sabi Sand, and that we will do that as soon as we arrive. I am non the wiser, and readily agree to the prospect of going on a sneaky game drive alone..

Once we reached our destination, Stephen rushed me to get on the game drive vehicle so we can deliver the present. I was in such a haze that I did not even realize that he had no present with him. :)

Just outside the camp we were fortunate enough to see the"Birmingham Pride" which consists of 5 male lions. And I thought that will be the high light of this drive....
After driving for about 5 minutes, Stephen and the guide started talking about trees, and which is the right one, once consensus was reached, we stopped at this big Jackalberry tree. Stephen continued to get off the vehicle and walked around, while I enjoyed the view from the safety of the vehicle, seeing as I know I cannot out run even an turtle, what to say about a lion.

Stephen urged me to come down with the following words :"so are you just going to sit there?" I got off and walked around wondering what is SO nice about this tree, we passed many just like him on the way. Standing there I realized Stephen was hovering behind me, I turned to find him on his knee, and asked if I would do him the honor of becoming his wife.

After some celebration, Stephen shared that this tree was indeed very special to him, as they scattered his fathers ashes there a few years ago. I couldn't have asked for a more special guy, or a better setting to say "yes" to the man of my dreams. 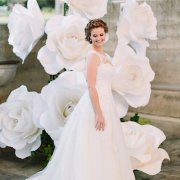