On the 16th of Jan I got married, little did i know that it would be the hottest day of the year. The day started off with my sisters waking me with hugs and laughs. All was good and i felt ready to be Mrs Jacobs. It was 6:30 am and the sun was killing us already, but i was not going to let a little sun get it down i told my mom and sisters to plug fans in all around the house so that we could at lease make it. After a half and hour when i checked my makeup i realized that my makeup was melting , i quickly called my makeup lady to try and save my face but there was no answer on her phone. my sister then told me to wipe off all the makeup and just add some lipstick and so i did. At 9:30 i got in the limo and we drove to church. That feeling of not being nerves was gone and all i could think about is what if i fall and land on my face, or what if no one come or worse what if Byron was not waiting for me at the alter. My mom who walked me to the alter looked at me and saw i was nerves and said"you look beautiful angel and don't worry look he looks just as nerves as you". I looked up and saw him and in that moment nothing and no one mattered. it was me and him , him and I and the world could have been on fire and i wouldn't have noticed. So my mom puts my hand in his and smiles and says"look after my baby girl". My Shepard held the service and the word was about how married is a life long contract and how loving connects people, but to be honest i wasn't really listening to everything he was speaking about as i was so excited about being her and standing next to Byron, when it come to having to give the rings i was not expecting much to happen as me and Byron paid for our wedding out of our pocket and was i bit over budge and i told him that i don't need a new ring now we can always buy one later the year and was very happy to wear my engagement ring, till when we can afforded it. So i put the ring i bought him on his finger and when it was his turn to put the ring on mine he take out a infinity silver diamante ring with a sapphire stone and puts it on my finger, instantly i look at him smiling because the ring was to big but more so because he went out of his way so i could also have a new ring... the Shepard then said "you may now kiss the bride"and we did lol awkward as I've never kissed anyone in front of my mother.
When we got to the venue we went to go and take photo's all around the venue as the guess has a photo booth keeping them busy as well as snakes and pre-drinks. On our way back to the photo booth my sister Monique comes to me and says "don't freak out but you're cake has melted but don't worry we got a fake cake for your photo's" i laughed at first thinking she's making a joke but the joke was on me when i realized that my wedding cake was really melted.At first i was Stressing about it but once we had our first dance i couldn't care less about it as Byron doesn't dance(he never danced in front of me or with me in the 5 and half years we were together) but he practiced to jazz with me for our first dance.and just there i fell in love with him more then ever as i saw him getting out of his comfort zone just because i wanted to have a first dance. My heart melted for Byron that day , the man that changed my life not just because he made me happy or because he loves me but because he showed me that his willing to compromise on things he doesn't normally do, his willing to learn with me. So this is the day my Heart melted and so did my cake 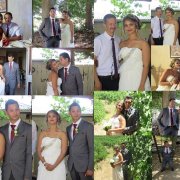 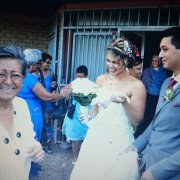 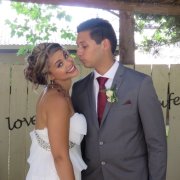 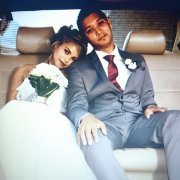 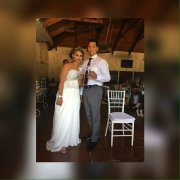 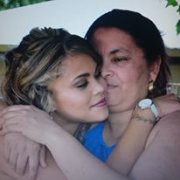 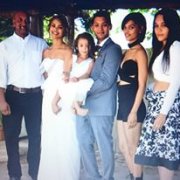