George and I met when we were still in school through Mxit. He was in Pretoria and I was in Cape Town. He traveled to Cape Town in order for us to meet and after about 2 and a half years of distance, I moved to Pretoria.

We had been together for about 9 years before he finally popped the question (on 31 January 2015). I said YES!!!

George and I have been through a lot together. In 2013, I was diagnosed with a type of brain tumor but unfortunately surgery kept getting postponed. I was finally scheduled for surgery in March 2014. We later found out that he had to have surgery on his kidney and was scheduled for the same time. In two different hospitals, we had surgery and through the tough times we were there for one another.

In 2015 after getting engaged, I found out that I had to have a second surgery and later in the year radiation. I was devastated as our wedding was scheduled for the 16th January 2016 and in October my hair was falling out in patches from the radiation. I got incredibly sick from the radiation but George kept reminding me that I was beautiful and no matter what he would always love me. I was lucky to have him by my side. Through sickness and in health, we are always there for one another.

We planned to get married at Stellenrust in Stellenbosch and with the help of family, planned a wedding from Pretoria.

On our wedding day, I remember my brides maids (my sister - Emily, sister-in-law - Jacquelyne and maid-of-honor - Cherise) coming to me and telling me that my veil had been misplaced. I remained calm and said to them it doesn't matter. We will only have a problem if George is missing. You can have a wedding without a veil but you cannot have a wedding if there is no bride or groom.

I knew in my heart that nothing could ruin our day. I knew then, I know now and I know forever - he will always be my soulmate. 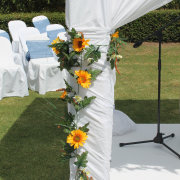 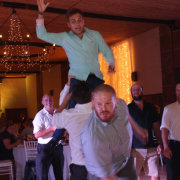 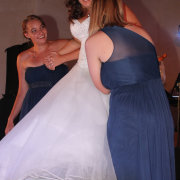 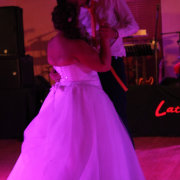 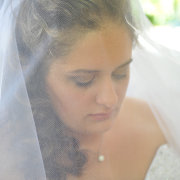 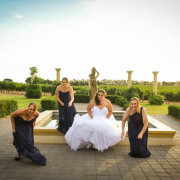 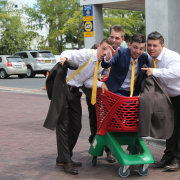 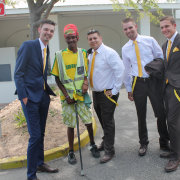 I fell into makeup, well not literally - actually come to think of it, I’ve done that too. What I meant to say was make up completely took me by surprise on my own wedding da...

Stellenrust's modern facility is only the beginning of amazing possibilities.