This is the story of a wedding between two very creative souls who’s love has survived and enjoyed 1894 days, 7 international flights, 2 countries, 6 months long distance, 8 visa's, 8 jobs and a whole lot of adventure.

The ring had been designed to suit every aspect of Ingrid’s personality, It was unique and yet still classy, simple, but not plain and traditional with a modern twist. It was Ryan’s glimmering symbol of love for Ingrid.

While camping in the wilderness of Beaverlac, Cape Town, Ryan took Ingrid’s hand and dropped to one knee. Nervously, he shared his heart’s feeling for her and proposed the question he had been practicing for so long. With a smile from ear to ear, Ingrid’s face lit up and the answer was yes. Packing up the tent on Sunday had never been so difficult as she could not stop staring at the sparkly token and phoning all her relatives and friends.

And so the next chapter began. Planning the big day, with one thing in mind. The 28th of November must be fun, full of family and friends, creative and focus on ‘us.’

After many months of looking, Ry and Ing found their dream venue at Silvermist Mountain Lodge in Cape Town. Nestled between mountains and vineyards, this was undoubtedly the perfect setting to share their marriage and show off Cape Town's natural beauty with all those who had travelled from far and wide.

Now, the dress! Oh what a dress! With beads, pearls and sequins embroidered on Ingrid’s bodice, layers of silk chiffon flowed down into a glamorous train and Ingrid felt like Cinderella. So like Cinderella, it was only right to find shoes to fit the occasion. For the ceremonial parts of the wedding, Ingrid chose towering bedazzling heals and for the dancing, she could not help but bust out some stylish LED sneakers to illuminated her dress on the dance floor.

The wedding décor was set to be vibrant with a colour scheme of coral, turquoise and cream. Each table was brought to life with a cluster of coloured wine bottles sporting lilies and a voluptuous tree branch, entwined with fairy lights. A hand made hessian and lace runner lined the center of the table as wooden under plates added a touch of nature to the scene. Additionally, upon each table were 3 bowls on an Australian icon, Tim Tams, which was a delight for most South Africans.

Finally, after much anticipation and organizing, the wedding day had arrived. While the groomsmen teamed up for a game of mashie, Ingrid and her bridesmaids began their day at Crinklewood Villa in Claremont, where they all got ready together. Each of he girls took in turns preparing each other’s hair and make up. The champaign was flowing, the photos were snapping and the team came out on top.

The tables were set, the guests had arrived in a flurry and the music began to play. As Ry stood proudly at the end of the aisle beside his 3 grooms-men and 1 grooms-women, Ingrid walked down the aisle and her mum and dad couldn’t have been happier to by her side. Nervous and excited, Ry and Ing recalled on the advice to take a few moments to soak it all in. Forget about all the preparation and enjoy the moments to come.

The celebrant, Iain, proceeded with the ceremony by enchanting all those who attended with his heartfelt words that unified Ingrid and Ryan in love and wisdom. Then with a kiss it was sealed.

As the ceremony concluded, Ry and Ing were whisked away by the photographer into Cape Town's enchanting afternoon glow. Butterflies filled their stomachs as they danced in the grassy fields with the mountains as their backdrop. For Ingrid, it was like dancing in the clouds, despite wearing 5 inch heals and for Ryan, a moment of pure gratitude as he watched his wife glimmer in the sunlight. After floating back to earth, the couple joined in the guests who were amused with a giant beer pong game, a finger print tree, Jenga of wisdom, punch and canapés.

The time came to be ushered inside where Ryan and Ingrid were again hit with waves of familiar smiles. The Silvermist chefs wowed their audience with some sensational food that was accompanied by the most heartfelt speeches people one could hear. A three tiered; chocolate-orange cake followed It had been designed by Ingrid and made perfectly by Centerpiece Cakes.

The wedding continued into the night with music, dancing and good times. Ryan and Ingrid were overwhelmed by all the support and love they had received that day and were truly grateful. 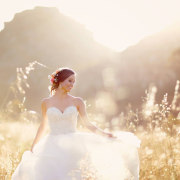 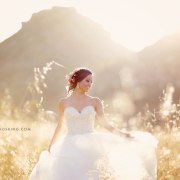 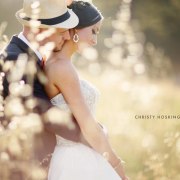