We have been engaged for 5 years, never really had the money to afford our dream wedding.
End of 2013 I entered a random competition, not even knowing what the 1st prize was. January 2014 I got a suprize email that I won the first prize. To my amazement it was wedding invitations to a value and luckily the company was in the same town as myself.
We then decided that this is definetly a sign for us now to get married. We found a very nice venue at the beach, as both of us love the ocean.
We work in the Northern Cape and got married in the Western Cape, which made all the arrangements a bit more challenging. But I had the most wonderful ladies assisting me with the decor and flowers, which made everything so much easier.
My fiance has some problems with thrombosis but it was all under control until the friday before the wedding. He had so much pain and we thought that I might just be the last, as blood clots can so easily go through the heart. We decided to spend the friday evening together as we weren't sure if it was his last. Least to say, not much sleep that evening for the both of us. Saturday morning came and still no relieve to his pain. We wanted to take him to a hospital and just leave the wedding, as his health is much more important. He said that we can't leave everything now, we have been waiting so long for this day and decided to go on with our day.

Myself and my 2 bridemaids got into the wedding vehicle. Just my luck again, it does not want to start, note we are already late. The driver decided to running start it down the gravel road. Half way down only the 1 brake of the car took and we crashed into the fence and knocked down the poles. There we sit, my bridemaids thought it was the joke of the year. Finally we got out of there and off we go. The car not 100% drivable, so we decided to phone someone to fetch us at the petrol garage. (see photos) At the end my wedding vehicle was a volkswagen polo.

We had an outside ceremony, but walking down the isle is the best feeling ever. When everybody stood up as I came around the corner, it brought tears to my eyes. Standing next to my husband to be, knowing he is not feeling well. Squeezing his arm every now and then just to make sure he is ok.

We couldn't take alot of photos of myself and husband, as he was again not to well and in pain, he only sat down. Which for us now is a very sad part, as we will never again have that day and feeling.

Inside our venue, everything was perfect, just like we imagined it would be. Our first dance, throwing the garter and flowers was so much fun. And his speech. Never will we forget that evening.

This was for sure the best day ever. 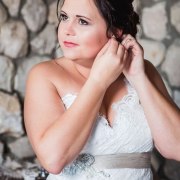 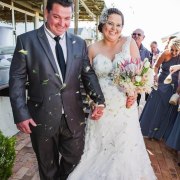 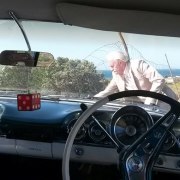 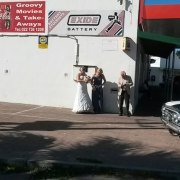 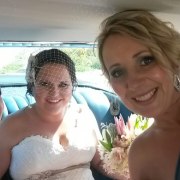 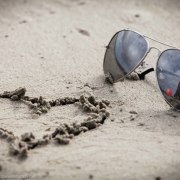 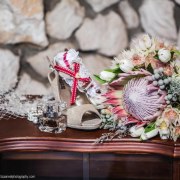 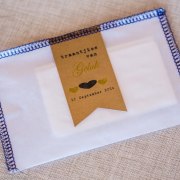 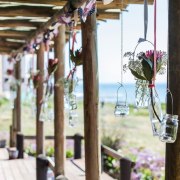 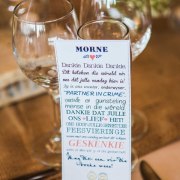 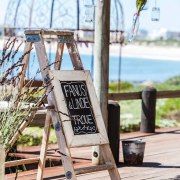 At Gelique we believe that your bridesmaids should look stunning and feel gorgeous on your big day!

Elizabeth’s gowns are the ultimate in femininity, romance and sensuality. She has built an enviable reputation for creating exquisite bridal gowns, using only the best fabrics.